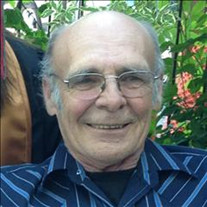 STEVEN HOWARD FOLEY, 63 of Julesburg, passed away Tuesday, June 19, 2018, at Sedgwick County Memorial Hospital in Julesburg. Steve was born August 7, 1954, in McCook, Nebraska to Howard Gene Foley and Dixie Leigh (Gallentine) Foley. He attended school in Ogallala before going to work as a truck driver. On March 4, 1978, Steve married Denise JoAnne Lenhart in Casper, Wyoming. The couple made their home in Wright, Wyoming before moving to Aurora, Colorado in the early 1980's. In 1997, Steve and Denise moved to Imperial, Nebraska, where they lived until moving to Julesburg in 2016. Steve was the owner/operator of Foley's Transportation and worked as a trucker driver for most of his adult life. When he wasn't working, Steve liked watching westerns, skeet shooting, fishing, camping, swimming and spending time outdoors. Throughout his life, Steve spent most weekends at Lake McConaughy creating memories with his family and friends. Steve was preceded in death by his father; Howard Foley; brother, Michael Foley; and sister, Barbara Foley Drake. Survivors include his wife, Denise Foley of Julesburg; two daughters, Heather Foley and Shannon (Chris) Foley-Knoble, all of Westminster, CO; four grandchildren; three great-granddaughters; his mother, Dixie Collins of Arapahoe, NE; 2 sisters, Linda (Allen) Smith of Arapahoe, NE, Rhonda Huntsman (Mark Bressette) of Cotopaxi, CO; brother, Gerald Foley of Arapahoe, NE; along with many other relatives and friends. A memorial has been established in his memory. Condolences can be shared online at prairiehillsjulesburg.com. A memorial service will be held Saturday, June 30, 2018, at 11:00 am at the Julesburg Mennonite Church with Pastor Larry Nail and Melody Newman officiating. No inurnment is planned at this time. A memorial book signing will be Friday, June 29th from 1:00 pm to 5:00 pm at Prairie Hills Funeral Home in Julesburg. Prairie Hills Funeral Home of Julesburg is in charge of arrangements.

The family of Steven Howard Foley created this Life Tributes page to make it easy to share your memories.

Send flowers to the Foley family.