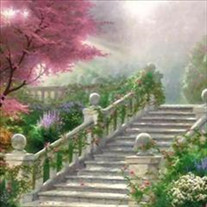 Shizuye Peterson passed away peacefully on September 21, 2019, at the Sedgwick Country Nursing Home. Shiz was born on June 26, 1926, the daughter of Kansuke and Tsuchi Kinoshita and attended schools in Ovid and Sedgwick. She graduated from Sedgwick High School in 1944, attended nursing school at Presbyterian Hospital in Denver and graduated in 1950. She started her nursing career at Sedgwick County Memorial Hospital, followed by a long career as the office nurse for Dr. John Lundgren. Shiz worked with Dr. Lundgren for 25 years until her marriage to Wayne Peterson in 1977 and she retired from nursing. Shiz and Bud lived in Chappell, Nebraska where they enjoyed a busy life of farming , traveling , family and community events. She was predeceased by her husband, who passed away in 1997 in Chappell. She was also predeceased by her parents and 7 siblings: Hisashi, Tsugiko, Minoru, Shigeko, Haruko, Shuiji and Arthur. Shiz is survived by siblings: Mitz Otsuka, Yuki Kadowaki, Gary (Betty) Kinoshita, Hidee (John) Warner, Buck (Cheryl) Kinoshita, and Yanch (Gene) Rolfson. Suvivers also include her 4 stepchildren : Deann (Robert) Parrish, Brian Peterson, Tracy (Diane) Peterson, and Milt (Chung) Peterson. She is survived by 7 grandchildren : Karl, Kelly, Wendy, Heidi, Collin, Jin and Holly and numerous nieces, nephews, grandnieces, grandnephews and great grandchildren . Shiz will be remembered as a dedicated nurse, meeting friends to play bridge, her love of antiques, watching sports on TV and her generosity and devotion to her families. In lieu of flowers, memorials are suggested in Shizuye's memory to the Chappell United Methodist Church, Sedgwick Buddhist Temple, and the Sedgwick County Nursing Home. Condolences may be shared at prairiehillsjulesburg.com. Memorial services were held Saturday, September 28, 2019 at 10:00 am at the Sedgwick Buddhist Temple in Sedgwick, CO. Inurnment will be in the Sedgwick Cemetery at a later date. Prairie Hills Funeral Home of Julesburg assisted the Peterson Family.

Shizuye Peterson passed away peacefully on September 21, 2019, at the Sedgwick Country Nursing Home. Shiz was born on June 26, 1926, the daughter of Kansuke and Tsuchi Kinoshita and attended schools in Ovid and Sedgwick. She graduated from... View Obituary & Service Information

The family of Shizuye Peterson created this Life Tributes page to make it easy to share your memories.

Send flowers to the Peterson family.