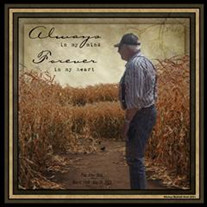 Pius Peter Heid, age 83, entered into eternal life on May 26, 2021 in Holyoke, Phillips County, Colorado with his loving wife by his side. Pius was born on May 1, 1938 in Herreid, Campbell County, South Dakota to Anton and Katherine (Wingerter) Heid. He was raised in South Dakota with his brother, Quenton and sisters, Rita, Dolores, Francella, Anna Marie, Carolyn and Kathleen. Pius helped his father on the farm until he graduated at the age of 18 from McLaughlin High School in May of 1956. On September 17, 1956 Pius married Emma Louise Tegge and together they had 9 children, Dale, Ward, Tony, Kory, Brad, Kent, Kyle, Lona and Tesa which they raised on their farm near Walker, South Dakota. Pius lost Emmy Lou on October 10, 1992 after 34 years of marriage. Pius was always a hard-working man from his boyhood throughout the majority of his life. From 1956 to 1960 he worked for Mork Construction in Groton, South Dakota, digging anchor holes for erecting telephone poles. In September 1960 Pius opened Heid Standard Oil Station in McIntosh, South Dakota which he operated through 1964. In 1962, Pius and his brother, Quenton, opened McIntosh Implement in McIntosh, South Dakota selling Allis Chalmers equipment which they owned and operated until 1978. Pius and his brother also started doing custom harvesting in 1964, travelling to Medford, Oklahoma and then working their way back to South Dakota. In the later years, he went as far as Vernon, Texas and also through Kansas harvesting wheat, beans, sunflowers and corn. Pius continued custom harvesting work until 2018 after 55 years doing what he loved. Over the years of custom harvest work Pius often commented that harvesting was one of the best things he had ever done in his life and he gained the friendship of many farmers, acquaintances along the road and of course the staff at the eateries whom he always had a joke and a smile for and made many memories which he cherished through the rest of his life. In 1967 Pius purchased his father's farm of 800 acres in Corson County, South Dakota. Over the years he built the farm to an amazing 43,000 acres of which 8,000 was farming ground. The balance of the land was used for raising 1,100 head of cattle. Pius was awarded the Outstanding Young Farmers Award from the Mobridge Jaycees in 1972. On February 26, 1996 Pius married Shirley (Modrell) Mitchell in Las Vegas, Clark County, Nevada bringing two more daughters, Tina and Rikki into his family. In 2002, Pius and Shirley were blessed with the good fortune of bringing yet another daughter, Jessica, into the family, Jessica was 8 years old at that time. In addition to the many years of raising their children, Pius and Shirley also raised their grandson, Blaze Harley, as he always wanted to be with Grandma and Papa Pete. In 2001, Pius and Shirley moved to Julesburg, Sedgwick County, Colorado where they started Heid Carriers, LLC, a small trucking company, in addition to continuing the farming and harvesting operations. Pius retired in 2018 on his 80th birthday. One of Pius' greatest joys in life was his family and spending time with his children, numerous grandchildren and great grandchildren were always cherished moments. He always strived to teach them that your life is what you make it and if you want a good one - do good things. Pete was a man true to his word and his life was a good one achieved by doing good things. Pius was preceded in death by his parents, Anton and Katherine Heid; wife, Emmy Lou; sisters, Dolores Todoroff and Kathleen Stevens; brother-in-law's, Edward Todoroff and Dale Stevens; grandsons, Landon J. Heid, Juan P. Howell, and Dack J. Vilhauer; great-grandson, Kingston K. M. Heid. Pius is survived by his wife, Shirley of Julesburg, CO; his children, Dale (Melody) Heid of Kildeer, ND, Ward (Gene) Heid of Alvarado, TX, Tony Heid of Dodge, ND, Kory (Andy) McKay of Sioux Falls, SD, Brad (Teri) Heid of Rapid City, SD, Kent (Elsie) Heid of McLaughlin, SD, Kyle (Sophia) Heid of Goodley, TX, Lona (Daniel) Heins of Columbia, TN, Tesa (Jay) Schwans of Hartford, SD, Tina (Todd) Dudden of Grant, NE, Rikki (Dustin) Palmer of Chappell, NE, and Jessica Heid and fiance Sean DeAguero of Billings, MT; brother, Quenton (Vivian) Heid; sisters, Rita (Otto) Deichert, Francella (Thomas) Butch, Anna Marie (Robert) Suker, and Carolyn (Lonnie) Slaughter; 48 grandchildren and their spouses; 66 great grandchildren, numerous nephews and nieces, and many extended family and friends. Visitation will be on Tuesday, June 1, 2021 from 1:00 p.m. to 6:00 p.m. at Prairie Hills Funeral Home, 310 West 5th Street, Julesburg, CO. Funeral Mass will be held on Wednesday, June 2, 2021, at 10:00 a.m. at St. Anthony's Catholic Church, 606 West 3rd Street, Julesburg with Fr. Mike O'Brien as Celebrant. The Rosary will be recited at 9:30 a.m. on Wednesday at the church. Interment will be in the Julesburg Hillside Cemetery at a later date. There will also be a Celebration of Life at that time. Prairie Hills Funeral Home is in charge of arrangements. In lieu of flowers a memorial has been established in Pius' memory for later designation. Prairie Hills Funeral Home of Julesburg is in charge of arrangements.

Pius Peter Heid, age 83, entered into eternal life on May 26, 2021 in Holyoke, Phillips County, Colorado with his loving wife by his side. Pius was born on May 1, 1938 in Herreid, Campbell County, South Dakota to Anton and Katherine (Wingerter)... View Obituary & Service Information

The family of Pius "Pete" Heid created this Life Tributes page to make it easy to share your memories.

Send flowers to the Heid family.