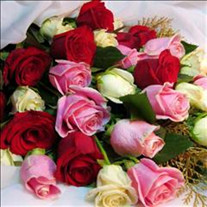 Nancy Lee Smith Schutt, 82 of Julesburg, CO, passed away Tuesday, June 4, 2019, at her home in Julesburg. Nancy was born September 9, 1936, in Ovid, Colorado to Leonard D. "Buck" and Esther F. Smith, the eldest of four children, Lawrence "Pete," Marilyn, and Robert. The family moved to Sedgwick when Nancy was in the second grade, and she attended South 68 country school. Nancy graduated from Sedgwick High School with the class of 1954. Nancy was an artistically gifted pianist and was even awarded a scholarship to Julliard. Unable to take advantage of the opportunity, she elected to attend Central Business College in Denver, where she lived and worked with a doctor's family to make her way. Following her graduation, she worked at the Federal Center for the Bureau of Reclamation. On June 19, 1955, Nancy married her high school sweetheart, Larry Schutt. Their union was blessed with four children, Kevin Scott, Kathleen (stillborn), Paula and, Allison. The couple resided in Denver for most of their married lives, spending four years in Los Angeles, before returning to Denver. Throughout many of those years, Nancy had worked as an office manager and assistant to the president at several engineering firms. Most recently, Nancy and Larry had been residing in Julesburg. Nancy was preceded in death by her son, Kevin Scott; infant daughter, Kathleen; sister, Marilyn March; and brother, Robert. Nancy is survived by her husband of 64 years, Larry; daughters, Paula and Allison; daughter-in-law, Jill Schutt; five grandchildren; five great-grandchildren; her brother, Pete (Marilyn) Smith of Colorado Springs, CO; many of her fellow workers who loved her and her professionalism, several of whom she remained in contact with; along with several of her high school mates. A memorial has been established in her memory for later designation. Services will be on Saturday, June 8, 2019, at 11:00 a.m. at the Sedgwick Community Presbyterian Church followed by a lunch at the Lion's Den in Sedgwick. Prairie Hills Funeral Home of Julesburg is assisting the Schutt family.

The family of Nancy Lee Schutt created this Life Tributes page to make it easy to share your memories.

Send flowers to the Schutt family.