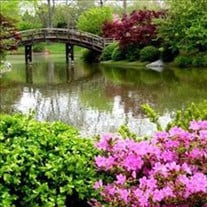 MARY ELAINE PARKER, 87 of Big Spring, passed away Wednesday, May 30, 2018, at the Sedgwick County Memorial Nursing Home in Julesburg. Elaine was born February 21, 1931, at Sutherland, Nebraska to Earl and Mariam (McConnell) Hamilton. She graduated from Paxton High School in 1949. In 1950, she married Allen D. Parker. Following their nuptials, Allen was sent overseas to fight in Korea. During that time, Elaine lived with her parents in Paxton until Allen's return from overseas. In 1968, the couple moved to Big Springs where they lived for the next 40 years. Elaine worked as a cook at Bosselman's for a few years before eventually taking a position with the school, where she worked in the lunch room. Following her retirement, Elaine greatly enjoyed volunteering at the Julesburg Welcome Center. Among Elaine's hobbies were reading, watching sports, and what her family would light-heartedly describe as "people watching." She was an avid Bronco and Husker fan, and her family typically knew never to call when her teams were playing on TV. Elaine also had an impressive collection of cow themed items. She was rather spunky with a great sense of humor and a youthful spirit. Her grandchildren fondly referred to her as "Plain Grandma," which was a nickname that was coined when Elaine was asked what she wanted to be called. She replied, "Just plain Grandma". With a purple streak complimenting her silver hair, Plain Grandma was anything but plain. Her family will continue to celebrate her unique story and cherish her memory always. Throughout her life she had a lasting effect, not only on her family but every life she touched! Elaine was preceded in death by her husband, Allen; and grandson Juneau. Survivors include her four children, Jeanette (Larry) Ewing of Saguache, CO, Pamela (Larry) Sullivan of Deadwood, SD, Kim (Adel) Altaher of Amman, Jordan, Tracy Jo Clay of Cardwell, MT; 13 grandchildren and 17 great-grandchildren. A "Celebration of life" will be held Saturday June 2nd at the Methodist church in Big Springs from 1-3 pm. Please wear your purple and bring memories! Condolences may be shared at prairiehillsjulesburg.com. Prairie Hills Funeral Home of Julesburg is assisting the family.

The family of M. Elaine Parker created this Life Tributes page to make it easy to share your memories.

Send flowers to the Parker family.