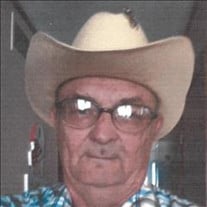 FRANK KLEIST SR, 76 of Ovid, passed away January 24, 2022, at the Sedgwick County Nursing Home in Julesburg. Frank was born June 14, 1945, to Ted and Ruth (Boulter) Kleist. Frank attended Garden County High School in Oshkosh until he chose to serve our country. Frank grew up without many of the benefits of money but would often tell vivid stories of his youth with a smile and a chuckle. In 1963, Frank entered the U.S. Navy, where he served for a four-year tour during the Vietnam war on a destroyer as a yeoman. Frank's worldly view on life was refined as he was, a small town country boy that went places like the Philippines, Vietnam, Alaska (serving as a firefighter), and California. While accompanying a friend, "Boon," to Sacramento, CA, he was introduced to someone who would change his life. On July 4, 1965, Frank married his soul mate Janet Rae (Mullenix) Kleist. Their anniversary was on "Independence Day" and was often affectionately and proudly referred to by Frank as the day he lost his independence. Frank and Janet had their first son a year later and continued a seldom-known tradition by naming him Frank Kleist, their second son Denny 5 years later. The family moved from urban Sacramento, CA, to rural Garden County, NE, several times. Frank worked as a policeman, truck driver, rancher, mover and even owned a Conoco service station. Frank always tried to be the best at everything he did in life, with his only shortcomings showing when he tried to be cold and careless - contrary to the nature of someone with his heart and generosity. Frank was rocked to the core when Janet died on January 28, 1995, and it took him several years to be himself again. Even in failing health, Frank's honest country boy humor and personality eventually returned in time to have several years of happiness with Linda Kleist. They started as a friendship that grew into a unique and caring relationship, continuing until his passing. Frank had the cowboy spirit and soul, he was born centuries later than what would have suited his dreams and desires, but everyone who was influenced by his life benefited from his wisdom, wit, and love. In a way, he left his brand on all of us. Frank was preceded in death by his parents, wife, Janet, three siblings; one grandson. Survivors include two sons, eight grandchildren, eleven great-grandchildren. Graveside services with military honors will be held on February 12, 2022, at 11:00 AM at the Oshkosh Cemetery. Prairie Hills Funeral Home of Julesburg is in charge of arrangements.

The family of Frank Kleist, Sr. created this Life Tributes page to make it easy to share your memories.

Send flowers to the Kleist family.