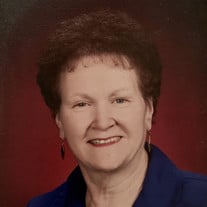 Edna Jean Williamson, 77, of Julesburg, passed away February 6, 2021, at her home in Julesburg. (Edna) Jean Williamson was born February 19, 1943, in Julesburg, Colorado. She was the daughter of Ellen (Elmquist) and Lawrence Williamson. She attended the Ovid Public Schools, graduating in 1961.  Jean attended Colorado State University in Fort Collins, where she was a member of the Delta Tau Chapter of Pi Omega Pi, national business education honorary.  After graduating from CSU in 1965 with a Bachelor of Science degree in Business Administration, Jean returned to teach in the Julesburg Schools. During her 33 years on the staff, she taught a variety of classes, including Accounting, Office Practice, Typing, Shorthand, Business Law, Economics, American Government, Keyboarding, Beginning Computers, Advanced Computers, Business Math, Consumer Math, Geography, Photojournalism, and Business English. She also served as Librarian for several years. She sponsored activities including Pep Club and Cheerleading, Future Business Leaders of America, Junior and Sophomore Classes, Student Council, Yearbook, and the School Paper. She also taught classes in the Adult Education Program, including Computers, Silk Flower Making, Accounting, Filing, Typing, Ten-Key Adding Machines, and Genealogy. Her interest in athletics enabled her to be the official scorekeeper for basketball, the statistician for football, and the clerk of the finish for track meets for several years.  Jean was a member of the United Methodist Church of Ovid and had been the Financial Secretary since 2005. She was also treasurer of the Ovid United Methodist Women. Jean had been a member of the Fort Sedgwick Historical Society since 1974.  She served on the Board of Directors for more than 20 years and held the offices of president, secretary, newsletter editor, and museum director. When the Society decided to publish the county's history, she served as chairman for the publication of two volumes of history in 1982 and 1985.  When a group of genealogists decided in 1995 to form a society, Jean was an organizing member of the Sedgwick County Genealogical Society and had served as president and newsletter editor since the group organized. She was also a member of the Colorado Genealogical Society, the Computer Interest Group in CGS, and the National Genealogical Society.  In 2002 Jean served as Organizing Regent for the Fort Sedgwick Chapter of the National Society, Daughters of the American Revolution. She was currently the vice-regent and secretary. Jean had been a member of the Julesburg Public Library Board since 1997 and had served as chairman for ten years. After she retired from teaching, she was co-librarian from 2007 through May, 2010.  She was also a member of the Julesburg Cemetery Board and helped maintain the records for the Julesburg and Ovid cemeteries. She served a two-year term as a member of the Julesburg City Council and was a member of the Ovid Woman's Club.  She has received awards as the BPW Career Girl, Theta Epsilon Woman of the Year twice, Chamber's Outstanding Educator, and State History Educator Award.  Jean's hobbies included reading, researching family history and local history, knitting, and gardening. She enjoyed helping others doing research in Sedgwick county as they searched for families or as they researched the history of the area for their books.  Jean is survived by her brother Bob and Janet of Pearland, Texas; niece Jana Guhl and Richard and their children, Brandon, Katie, and Kyra of Houston, Texas; and niece Robin Quinton and James and their children, Emma and Karsten of Pearland, Texas; special friends, Doug and Tina Stone of Julesburg; along with many other relatives and friends. She was preceded in death by her parents, Lawrence and Ellen Williamson; grandparents, Oscar and Esther Elmquist and Rachel and Loammi Williamson.  In lieu of flowers, memorials are suggested to the Ovid Methodist Church or the Julesburg Public Library in Jean's memory. Condolences may be shared at prairiehillsjulesburg.com, where a recording of the service will be posted.  Services will be on Thursday, February 18, 2021, at 10:30 a.m. at the Ovid Methodist Church, with Pastor Ceciliah Igweta officiating. Interment will be in the Ovid Cemetery.  Visitation will be on Wednesday, from 3 p.m. until 6 p.m. at the Prairie Hills Funeral Home in Julesburg.  Prairie Hills Funeral Home of Julesburg is in charge of arrangements.

The family of Jean Williamson created this Life Tributes page to make it easy to share your memories.

Send flowers to the Williamson family.