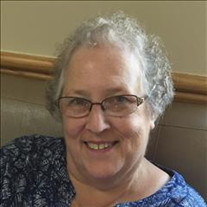 DORIS HEATH, 70, of Julesburg, passed away January 15, 2020, at the Sedgwick County Hospital in Julesburg. Doris was born June 8, 1949, at Ovid, Colorado, to Bearlie and Dora (Van Dyke) Heath. She attended school in Sedgwick before graduating from Julesburg High School with the class of 1967. Doris went on to attend Nebraska Christian College before getting her nursing degree from Southern Colorado State College. Her life would eventually be blessed with one son, Scott. Doris' greatest joys included being a mom, nurse and, most recently, a grandma. In August of 2019, Doris found herself blessed with her first and only grandchild, Harrison, who added a new dimension of joy and happiness to her days. She was fortunate enough to make it to the hospital before his arrival, and spent many days soaking up baby cuddles and smiles. While her life was too short, Doris knew that it had been gilded with many rich blessings. Doris' career as a nurse was spent primarily at the Sedgwick County Memorial Nursing Home and the hospital. She was a tremendous caregiver, and she took her vocation seriously. Doris had exacting standards when it came to patient care, which garnered her a special devotion from both patients and mentees in nursing. Doris made an impact on not only her profession but also the community. She was devoted to the museum and served as president of the historical society. Faith and family were of the highest importance for Doris. Her life was a testimony of faith in Jesus, and she had an honest way of witnessing in her weakest moments. God worked wondrously through her authenticity to reach the hearts of several whose feet would be set on a path toward baptism and living for Christ. Doris was preceded in death by her parents; step-father, Ralph Glover Webb; sisters, Dora Nell Tourtillott and Deborah Nolte; brother-in-law, Ernie Trujillo. Survivors include her son, Scott (Jessie) Heath, and their son, Harrison, of Ovid; sister, Donna Heath of Ovid, sister, Dorothy Trujillo of Pueblo, Susan (Keith) Darling of Julesburg; five nieces and four nephews; along with many other relatives and friends. A memorial fund has been established at Points West Community Bank in Julesburg in Doris' memory for later designation with the intent to support the Fort Sedgwick Historical Society, Sedgwick County Memorial Nursing Home, and the Julesburg Christian Church. Condolences may be shared at prairiehillsjulesburg.com. A memorial service will be held on Saturday, January 25, 2020, at 10:30 a.m. at the Julesburg Christian Church with Pastor Alan Harris officiating. Interment of Cremains will be in the Ovid Cemetery. Prairie Hills Funeral Home of Julesburg is in charge of arrangements.

DORIS HEATH, 70, of Julesburg, passed away January 15, 2020, at the Sedgwick County Hospital in Julesburg. Doris was born June 8, 1949, at Ovid, Colorado, to Bearlie and Dora (Van Dyke) Heath. She attended school in Sedgwick before graduating... View Obituary & Service Information

The family of Doris Heath created this Life Tributes page to make it easy to share your memories.

Send flowers to the Heath family.