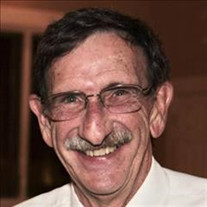 J. Craig Dolezal was born on December 25, 1950, in Julesburg, Colorado, to Charles and Izora (Evans) Dolezal. Craig passed away on March 15th, 2022, at the age of 71 while surrounded by his family at the Lutheran Medical Center in Wheat Ridge, Colorado. Craig graduated from Julesburg High School with the class of 1969. He earned his bachelor's degree at Colorado State University in Fort Collins in 1973 and his masters in banking from the University of Colorado, Boulder in 1986. On March 10, 1973, Craig married Linda Schuler in Julesburg at the United Methodist Church. They made their home in Longmont for several years, where Craig worked at United Bank. Craig and Linda were blessed with two sons, Chris and Carleton. The family settled in Julesburg in 1981, where Craig continued to work in banking before serving as the Executive Director of the Sedgwick County Economic Development Board. Craig would go on to become the joint owner and manager of South Platte Agri-Feeders in Sedgwick before starting a retail venture in downtown Julesburg in 1992. Craig spent the next eight years in operations and staff management with George S. May before entering the field of financial management for UBS. Craig went out on his own in 2009, when he founded JCD Wealth Management, LLC. Over the years he volunteered in numerous capacities throughout Sedgwick County. In 2017, Craig was appointed as the judge of the Sedgwick County Court in the 13th Judicial District, for which his family was extremely proud. Craig was an avid sports fan but had a particular interest in high school and college basketball. He liked to play golf when he got the chance. Craig loved to stay up late talking with family, enjoyed the occasional rib-eye, donuts and always had a cup of coffee in his hand. Craig was preceded in death by his parents and his sister and brother-in-law, Susan (Thomas) Buckingham Dolezal. Craig is survived by his wife, Linda of Julesburg; two sons, Chris Dolezal of Westminster and Carleton Dolezal (Natalie Swanson) of Littleton, CO; grandchildren, Ella, Jace, and Charlie Dolezal; along with many other relatives and friends. A memorial service will be held on Friday, March 25th, 2022, at 10:30 am at the Julesburg United Methodist Church, with Pastor Jacob Keega officiating. A reception will follow at the Hippodrome Arts Centre in the Etcetera Room. Inurnment will be at the Julesburg Hillside Cemetery. Donations may be made to the Julesburg High School Band Program in Craig's memory. Condolences may be shared at prairiehillsjulesburg.com. Prairie Hills Funeral Home of Julesburg oversees arrangements.

J. Craig Dolezal was born on December 25, 1950, in Julesburg, Colorado, to Charles and Izora (Evans) Dolezal. Craig passed away on March 15th, 2022, at the age of 71 while surrounded by his family at the Lutheran Medical Center in Wheat Ridge,... View Obituary & Service Information

The family of J. Craig Dolezal created this Life Tributes page to make it easy to share your memories.

Send flowers to the Dolezal family.