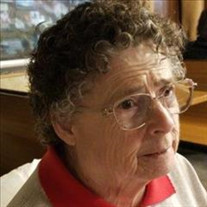 Bonnie S. Gangwish, 72 of Sedgwick, passed away November 27, 2019, at the Sedgwick County Hospital in Julesburg. Bonnie was born July 25, 1947, at Denver, Colorado, to Billy H. and Betty F. (Dixon) Lawrence. On March 21, 1964, Bonnie married Terry Gangwish at Commerce City, and the couple made their home there before moving to Lochbuie, CO, where they lived on a farm. Their union was blessed with three children Tonnie, Janet, and Scott. In 1983, the family moved to Aberdeen, SD, where Bonnie worked as a CNA. Six years later, Bonnie and Terry moved to Brighton, where she continued in her field of nursing for 22 more years. In May 2012, they retired to Sedgwick. Bonnie enjoyed hunting with her husband, and they enjoyed a great deal of time doing this together. Bonnie also loved collecting teddy bears and amassed a rather large quantity of the stuffed animals over the years. In her free time, Bonnie enjoyed reading her magazines, which she often did to pass the time. Bonnie was preceded in death by her husband, Terry, and her parents. Survivors include her three children, Tonnie (Marty) Pickett of Denver, Janet (Larry) Pickett of Sedgwick and Scott Gangwish of Westport, SD; grandchildren, Amy, Kimberly, Tylor, Stephen, Kody, Garrett and Gavin; 6 great-grandchildren; her siblings, Sharron Suddick, Linda (Jerry) Bruno, James (Michelle) Lawrence; along with many other relatives and friends. A memorial has been established in Bonnie's memory for later designation. Condolences may be shared at prairiehillsjulesburg.com. Memorial services will be held on Saturday, December 14, 2019, at 1:00 p.m. at the Chappell Assembly of God Church with Pastors Kevin, Jimmy, and Rich officiating. No interment of cremains is planned at this time. Prairie Hills Funeral Home of Julesburg assisted the Gangwish family.

The family of Bonnie S Gangwish created this Life Tributes page to make it easy to share your memories.

Send flowers to the Gangwish family.